"At Ochsner Health, we believe that teamwork and our diversity make us stronger. We are committed to maintaining a diverse and inclusive environment where employees and patients feel their unique experiences and perspectives are respected and valued. Over time we've established best practices and programs that embrace diversity and inclusion throughout our system as we work together to change and save lives. We have established a strategic framework and strong leadership as we continue the important work of prioritizing and supporting diversity now and into the future.” - Tracey Schiro, Executive Vice President, Chief Risk and Human Resources Officer 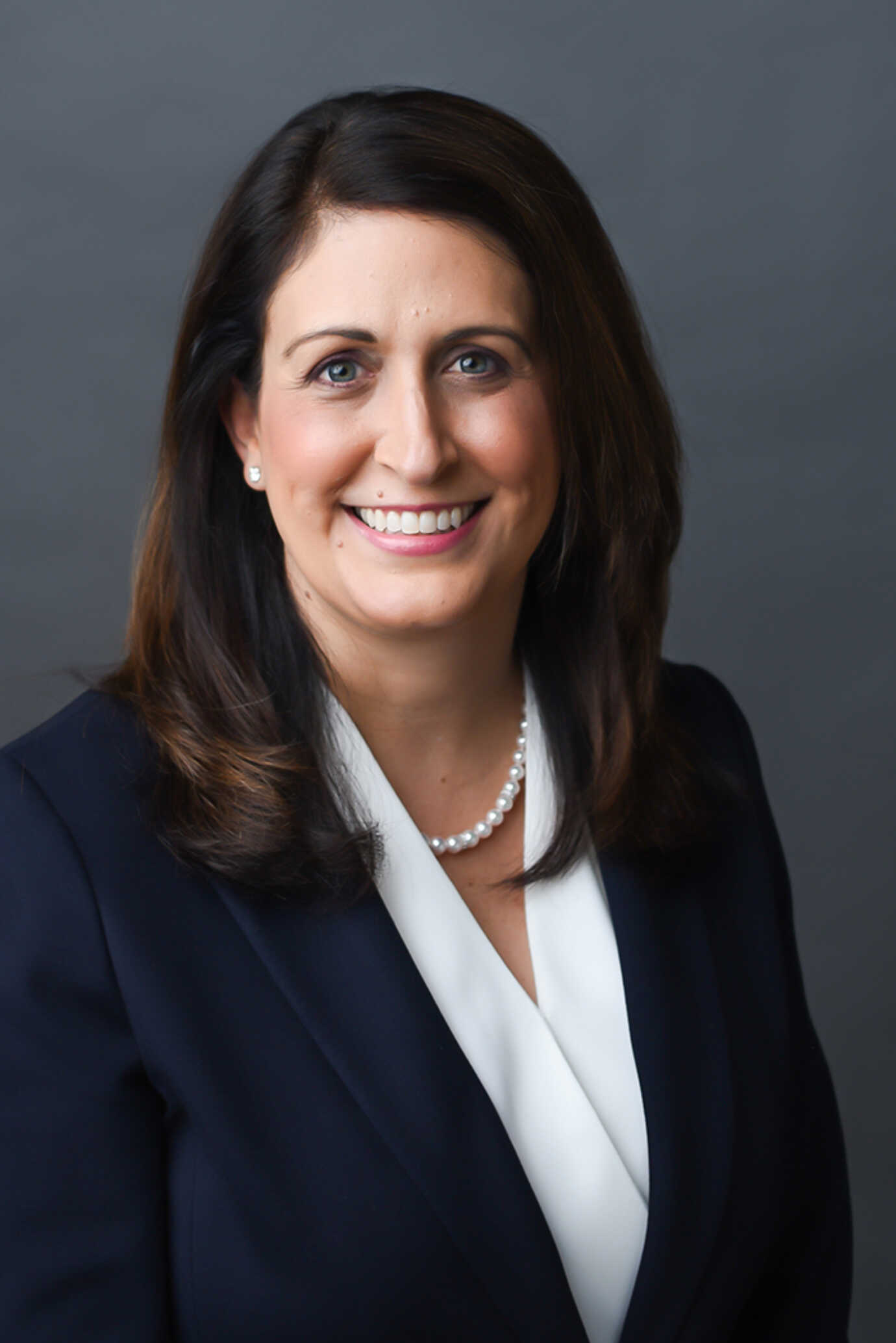 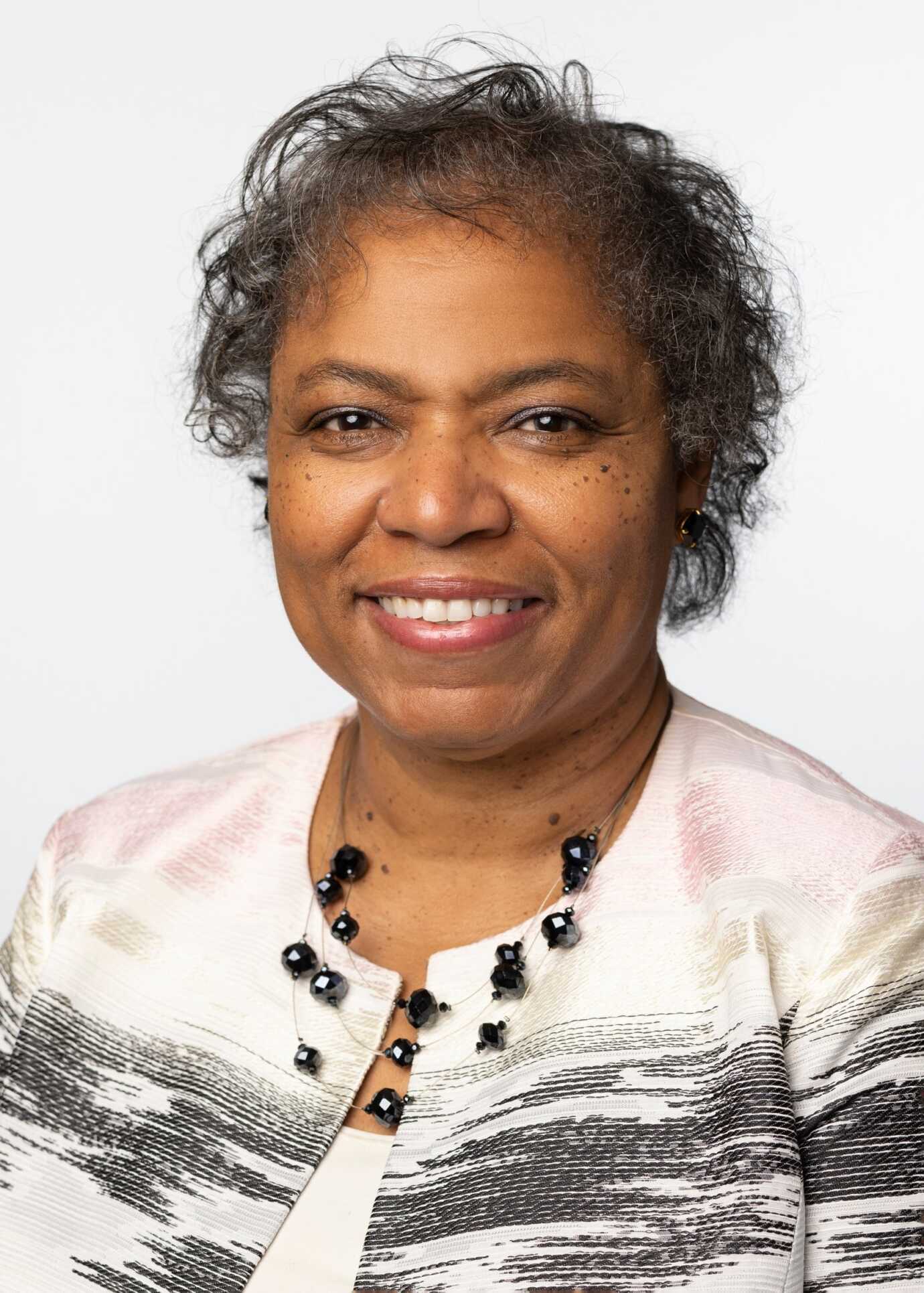 As System Vice President and Chief Diversity Officer, Deborah is critical in leading workforce and employee strategy for Ochsner and further developing policies and practices that promote focused attention to diversity and inclusion matters including recruitment, retention, workforce planning and career development. Deborah also works within and across the communities Ochsner serves to emphasize the need to reduce disparate health outcomes and improve healthcare equity for all Ochsner patients.

Our diversity & inclusion leaders work collaboratively with local and system-level Ochsner leaders to foster a supportive environment, connecting and aligning those teams with Ochsner’s system-wide efforts. 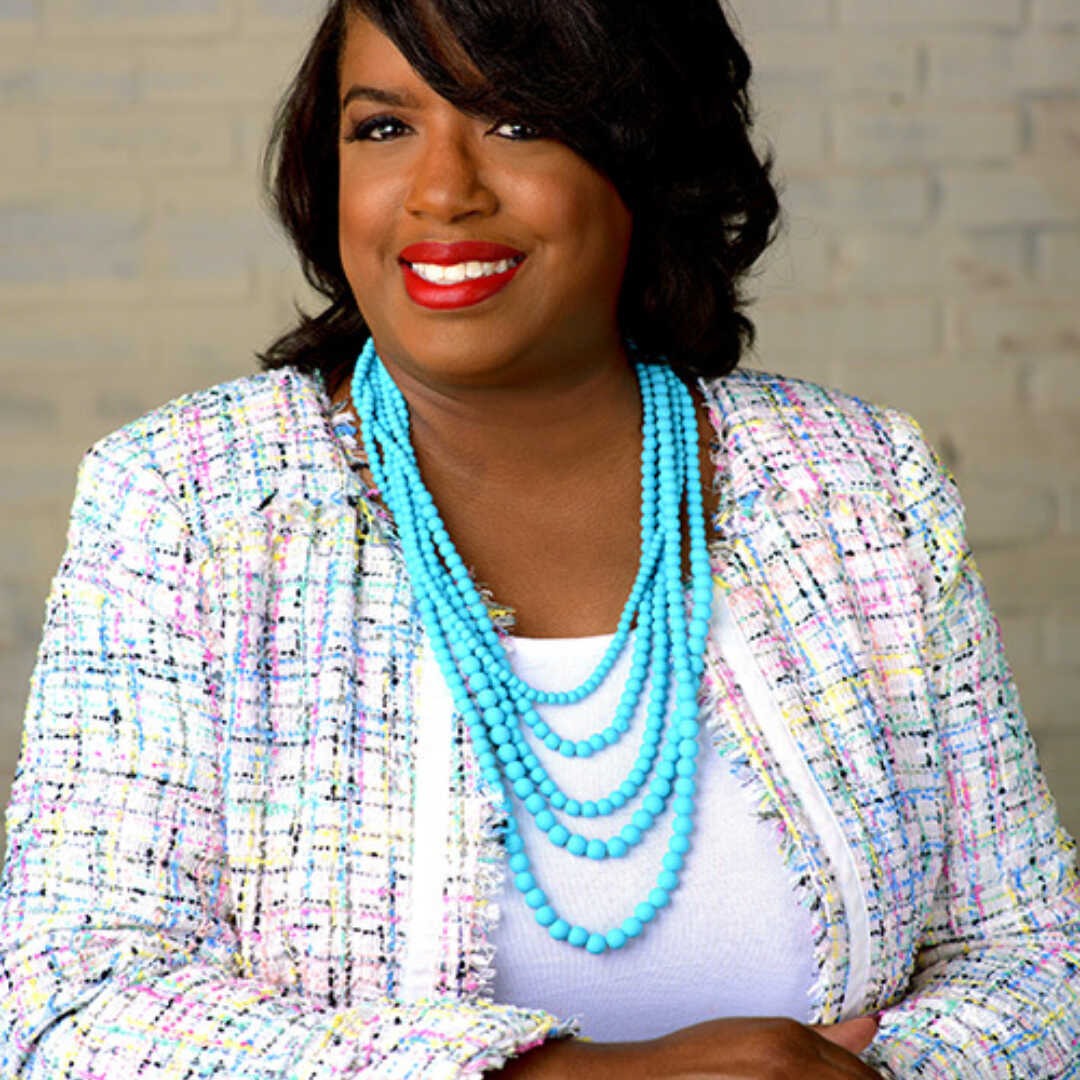 Ochsner Lafayette General (OLG) Regional Director of Diversity & Inclusion
Tonya holds a master’s degree in leadership from Grand Canyon University and a bachelor’s degree in general studies from the University of Louisiana at Lafayette. She completed Grand Canyon University’s Life Coaching program as well as Cornell University's D&I program. Tonya is also a certified John C. Maxwell coach, trainer and speaker. She currently serves as a mentor for the UL’s Black Women Leadership Association and UL’s women's basketball team. She is a member of the Boys and Girls Club of Acadiana's board of directors and president of the UL Christiana Smith Alumni Chapter. Tonya is a graduate of the Leadership Institute of Lafayette and the Leadership Louisiana programs.

South Shore Regional Director of Diversity & Inclusion
Hillary joined Ochsner in 2014 as a Talent Acquisition Coordinator before leaving to pursue opportunities outside of the organization. She returned in November 2020 to lead diversity and inclusion efforts at Ochsner Baptist and Ochsner West Bank. In addition to her regional responsibilities, Hillary has been a contributor to key systemwide Healthy State initiatives as the organizer of Ochsner’s first HBCU (Historically Black Colleges and Universities) Summit and co-lead on the Reproductive Health strategy team.

Hillary is a diversity, equity and inclusion (DEI) practitioner who gained experience in federal government, defense and healthcare settings. She earned her bachelor of science degree in political science/public administration from Fisk University in Nashville, Tennessee and received her Master of Public Administration from Southern University and A&M College in Baton Rouge, Louisiana. Prior to returning to Ochsner, Hillary led discrimination legislation strategy at Northrop Grumman Corporation in Washington, D.C. Her professional experiences include DEI work surrounding policy research and workforce development in urban and rural communities. 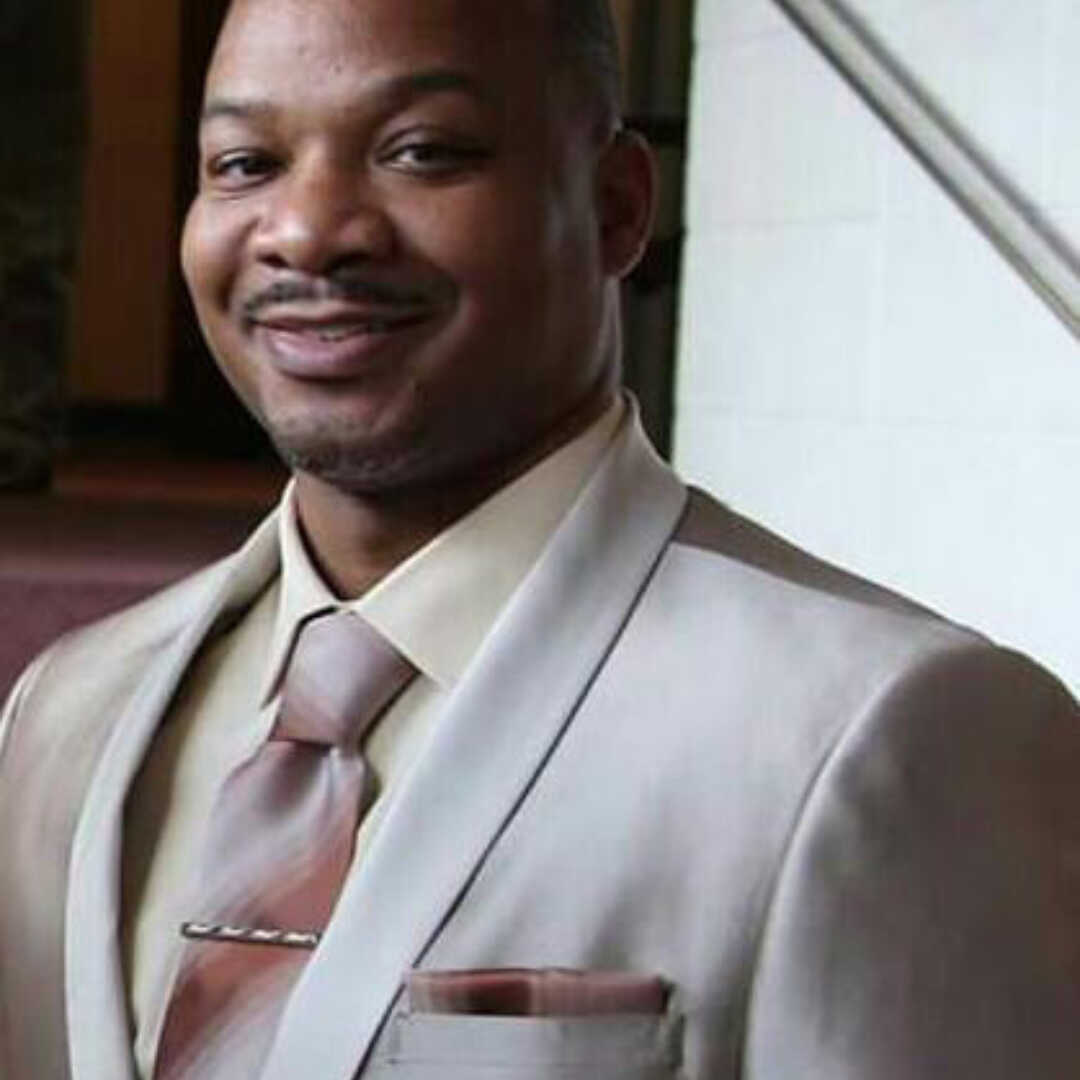 North Louisiana Regional Director of Diversity & Inclusion
John is a Shreveport native and veteran of the U.S. Marine Corps Reserve – departing with the rank of Staff Sergeant, an executive level Non-Commissioned Officer. Prior to joining Ochsner LSU Health, John served as the Shreveport Fire Department's Fire Communications Officer II for 18 years. He holds a Bachelor of Arts in Social and Criminal Justice, a Master of Public Administration, and is currently pursuing a Master of Health Administration with an emphasis in health care quality and patient safety.

AVP-Diversity & Inclusion
Laura comes to us from Birmingham, Alabama, where she served in the health system at the University of Alabama at Birmingham (UAB) as a senior consultant for leadership development. Prior to this role, she spent several years directing communications and programs for the UAB School of Medicine Office for Diversity & Inclusion. She holds an MBA, also from UAB. She is a certified Cook Ross Implicit Bias trainer, an award-winning public speaker, and a communications and messaging expert and consultant. In addition to her system role, Laura oversees diversity & inclusion efforts in the Baton Rouge region. 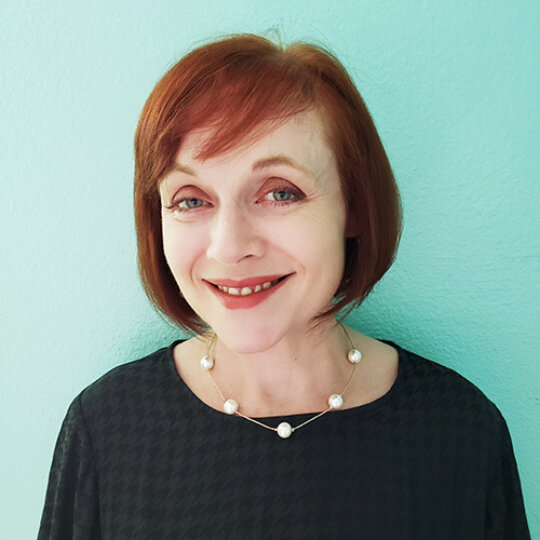 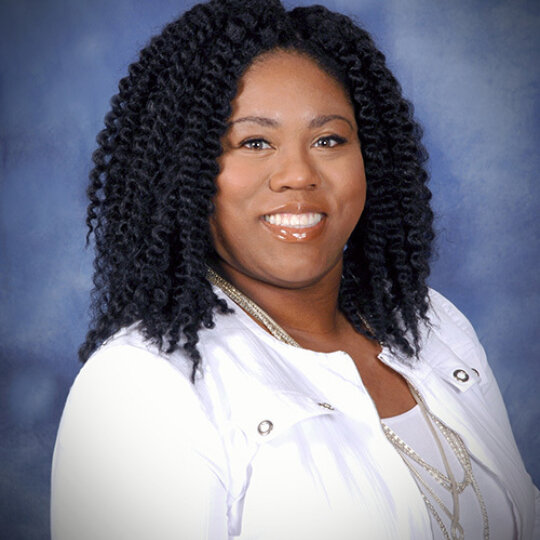 AVP-Diversity & Inclusion
Inez is a seasoned member of the Ochsner team with over 20 years of experience spanning the areas of talent acquisition, training, strategic planning and project management. She is immediate past president of our ABLE (African Americans Building and Leading Equality) Ochsner Resource Group. Inez graduated from The Ohio State University with a degree in industrial engineering and computer science. She is a Lean Six Sigma Master Black Belt and has earned certification in See Me as A Person, KornFerry Leadership Architecture, 360 Assessments, and Harvard Inclusive Leadership and Innovation programs. In addition to her system role, Inez oversees diversity & inclusion efforts for Ochsner’s Corporate Divisions.

Ochsner Rush Regional Director of Diversity & Inclusion
A nurse with over 25 years of healthcare and leadership experience, Arina joins us from the University of Alabama-Birmingham (UAB). She has a diverse background with experience in regulatory affairs, and quality and process improvement. She has two master’s degrees: one in nursing & health systems administration from UAB and one in in health law & policy from the Cumberland School of Law. 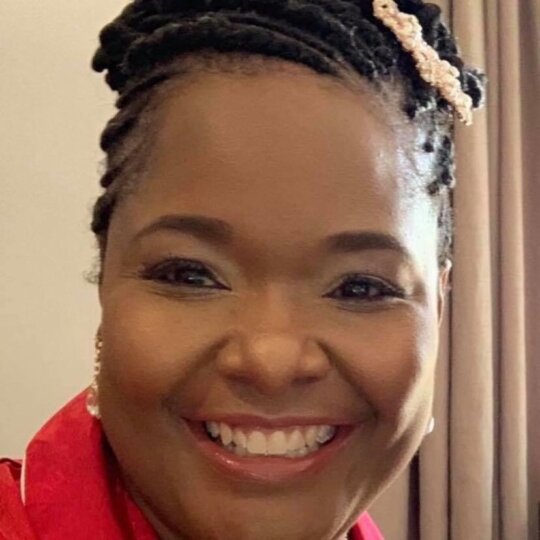 Southshore Regional Director of Diversity & Inclusion
Cameron joined the Ochsner family in early 2019 and has been an integral part of the Talent Acquisition (TA) team’s success. He developed and launched the TA Diversity Task Force and serves as a member of the Unconscious Bias Training Project team. He is active in our Ochsner Resource Groups (ORGs), serving as an officer of PRIDE and a member of ABLE (African Americans Building and Leading Equality). He holds a BA in organizational communication from Northwestern State University and an MS in human resource education and leadership development from Louisiana State University.

Bayou and South Shore Regional Director of Diversity & Inclusion
Dr. Wesley E. Heath (he/him) is a diversity, equity, and inclusion (DEI) scholar-practitioner with seven years of professional experience. Wes earned his dual Bachelor of Arts degree in Sociology and Psychology from Manchester University, and received his Master of Arts degree in Sociology from Ball State University. Most recently, he finished his doctorate in Educational Leadership and Research from Louisiana State University (LSU). Wes worked at LSU from November 2016 to August 2021 in the Office of Diversity, Equity & Inclusion. 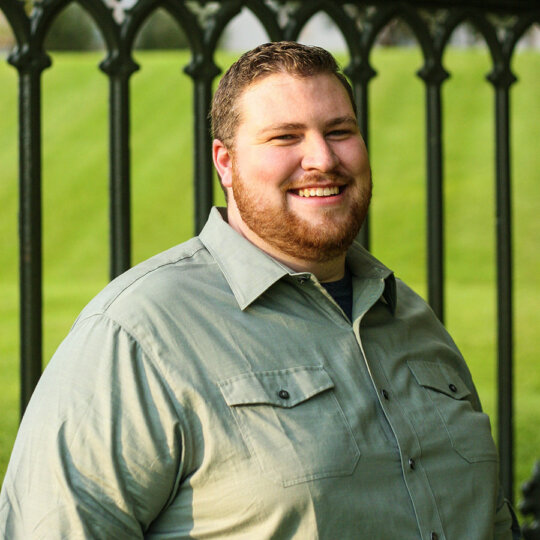 Meet Other Members of Our Team 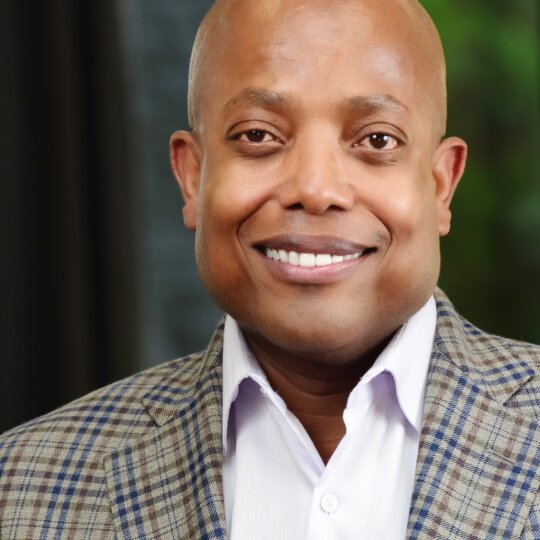 System Director of Supplier Inclusion and Community Engagement
Jean-Marc has been a champion of local economic development and small businesses for over 20 years. He served as president/CEO of a community development financial institution (CDFI) and administrator of impact investment and commercial loan funds. He also spearheaded the creation of a community development credit union and served as a member of the board of directors of banking institutions and high impact non-profit economic development organizations. In his current role he is accountable for developing shared strategies that leverage Ochsner Health’s competencies and economic assets in addressing the socio-economic drivers of health in the vulnerable communities it serves. 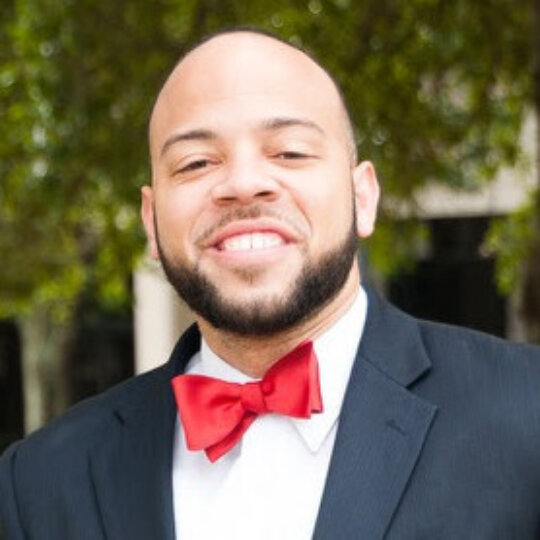