Our partnerships start with people driven by a desire to offer the communities they serve the best healthcare possible. The Ochsner Health Network Board includes our founding partner healths’ CEOs and Ochsner Health President and CEO Warner Thomas.

Meet a few of our partners, and see why your organization should join our supportive network:

Mr. Thomas joined Ochsner in 1998 and served for 14 years as Ochsner’s President and Chief Operating Officer (COO). As COO, Mr. Thomas was instrumental in Ochsner’s growth in the wake of Hurricane Katrina, which devastated much of the medical infrastructure in south Louisiana. In the years since the storm, Ochsner has acquired six hospitals and developed strategic partnerships and affiliations with 22 others – growing its presence across Louisiana and throughout the Gulf South region. Mr. Thomas has been instrumental in creating the largest healthcare system in the Gulf South.

Since joining Ochsner, Mr. Thomas has focused on implementing industry best practices and developing innovative partnerships with major companies such as General Electric, which has resulted in developing the operating capability required to successfully run a health system of Ochsner’s size. Mr. Thomas was the driving force behind the creation of Innovation Ochsner, an innovation accelerator designed to create health innovations as well as support and partner with companies working to revolutionize patient-centered care. He also spearheaded the creation of the Ochsner Learning Institute, which provides free professional education for all Ochsner leaders to better prepare them to confront challenges, seek opportunity and ignite enthusiasm around best practices in healthcare.

Mr. Thomas’ expertise and ability are nationally recognized. In 2014, Mr. Thomas was appointed to the Medicare Payment Advisory Commission, which advises Congress on issues affecting Medicare. He has served as Chairman of the American Hospital Association Section for Health Systems Governing Council, and is a past member of the Board of the American Medical Group Association and Association of American Medical Colleges Advisory Panel for Health Care and Council of Teaching Hospitals.

Mr. Thomas received his Masters Degree in Business Administration in 1994 from Boston University Graduate School of Management, and an undergraduate degree in Accounting and Computer Information Systems from New Hampshire College in Manchester, NH. He was a Certified Public Accountant, served on the board of the American Medical Group Association, is a Fellow in The American College of Healthcare Executives, a member of the Young Presidents Organization (YPO) and New Orleans Business Council; and a Louisiana Hospital Association (LHA) board member.

Listen to Our Radio Spot

Bio: Joan M. Coffman is the President and CEO of St. Tammany Health System in Covington, Louisiana. St. Tammany Parish Hospital is a 232 bed acute care not-for-profit community hospital with expansion projects and further service line developments underway. The facility is focused on wellness, preventative care and disease management for area residents in collaboration with its medical staff of over 400 providers and 2,400 staff members and through its long-term strategic partnership with Ochsner Health. St. Tammany Health System has a remarkable history of service and has been recognized nationally for high quality, safety and patient experience.

Ms. Coffman most recently served as President & Chief Executive Officer of HSHS St. Mary’s Hospital of Decatur, IL (2017-2018) and as President & Chief Executive Officer of HSHS St. Joseph’s Hospital of Chippewa Falls, WI (2008-2017). Her prior experience includes serving as the Chief Executive Officer of the Louisiana Clinic, a multi-specialty physician clinic in New Orleans and as the Assistant Administrator of Lindy Boggs Medical Center in New Orleans until 2005 when the facility closed in the aftermath of Hurricane Katrina. Ms. Coffman earned her Bachelor of Science Degree from the College of St. Francis, Joliet, Illinois and a Master’s in Business Administration from the University of New Orleans. She returned to the New Orleans area in 2018 when she became the President and CEO of St. Tammany Health System, where she began her career as a radiologic technologist.

Ms. Coffman has a demonstrated track record improving quality, safety, patient experience and overall operating performance as well as a demonstrated passion for improving the overall health and quality of life in the communities of the hospitals she has led. She is a fellow of the American College of Healthcare Executives (FACHE) and currently serves as Chair for the Nominating Committee of the Governing Council for the American Hospital Association’s Section for Small or Rural Hospitals. She is a member of the 2019 class of Leadership St. Tammany and serves on numerous boards, including the Northshore Healthcare Alliance, the Metropolitan Hospital Council of New Orleans, the Northshore Business Council and the Ochsner Health Network Board.

Bio: David L. Callecod is President of Lafayette General Health (LGH), a position he has held since its inception in May 2013. He is a Fellow of the American College of Healthcare Executives (FACHE).

As president of LGH, he presides over the largest healthcare system in Acadiana, encompassing a 10-parish area of Louisiana. Callecod first came to Lafayette General in July 2008, when he was named CEO of Lafayette General Medical Center (LGMC). In October 2011, Callecod was inducted into Studer Group’s Fire Starter Hall of Fame at the “What’s Right in Health Care” conference.

Prior to joining Lafayette General, Callecod served as the president and CEO at Marion General Hospital in Marion, Indiana from 2003-08. Callecod received the 2005 Regent’s Award as an outstanding healthcare executive from the American College of Healthcare Executives. Callecod began his career in 1989 at AMI Culver Union Hospital in Crawfordsville, Indiana. He then served as CEO at Tenet Healthcare hospitals in Indianapolis, Indiana and Searcy, Arkansas from 1999-2003.

In 2001, Callecod was recognized by the Indianapolis Business Journal as a “40 under Forty” award winner. That same year, he was bestowed an Outstanding Achievement Award in Business from Indiana Wesleyan University. Callecod received a Bachelor of Arts from Wabash College in 1989 and a Masters of Business Administration from Indiana Wesleyan University in 1994. He was honored as a Distinguished Alumnus by IWU in 2007.

Bio: Phyllis LeBlanc Peoples has served as the President and Chief Executive Officer of Terrebonne General Medical Center since 2003. A native of Houma, Louisiana, Phyllis has worked in healthcare administration for over 24 years. She is currently a member of the American Hospital Association Regional Policy Board 7 and of the Louisiana Hospital Association Board of Trustees. She serves as the Chairman of the LHA Quality Committee, and is a member of the LHA Research and Education Foundation Board. She has been a member of the American College of Healthcare Executives since 2001, most recently completing a two year term as President of the Louisiana Chapter of Healthcare Executives.

She is a member and has served on the Boards of numerous other local, state and national organizations. She was recognized as a community Role Model for 2011 by the Young Leadership Council of New Orleans and was awarded the Golden Pelican President’s Award from the Louisiana Society for Hospital Public Relations and Marketing. She was also honored as one of the New Orleans City Businesses’ Health Care Heroes for 2012 and, as one of the CityBusiness 2013 Women of the Year.

Joining CHRISTUS in 2013 as the Vice President of Managed Care, Shannon successfully consolidated managed care contracting for all hospital, ancillary, and professional providers into one unified strategy and renewal time frame to increase net revenue and financial performance. He led managed care hospital contracting efforts with payers increasing overall managed care revenue and negotiated the System Pay for Performance contracts with United Healthcare and Aetna, and locally with BCBSLA.

Before joining CHRISTUS Health, Shannon was with BCBSTX as Vice President Health Care Delivery. In that position Shannon had responsibility for health care provider networks, provider services and Texas Medicaid Operations. Prior to that position, Shannon served as Vice President, Network Management and Divisional Vice President Facility Provider Network. Shannon was with BCBSTX for more than ten years. Before joining BCBSTX, Shannon was Director Managed Care for Medical Center of Plano for four years and held numerous positions in the managed care industry with Harris Methodist Health System in Dallas. Shannon has more than twenty five years’ experience in managed care. Shannon has a Bachelor of Science degree from Texas A&M University and a Master of Business Administration degree from Texas Christian University. Additionally, Shannon is a Fellow of the American College of Healthcare Executives (FACHE) and a Certified Healthcare Insurance Executive (CHIE) with America’s Health Insurance Plans (AHIP). 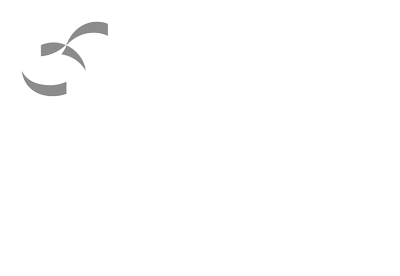