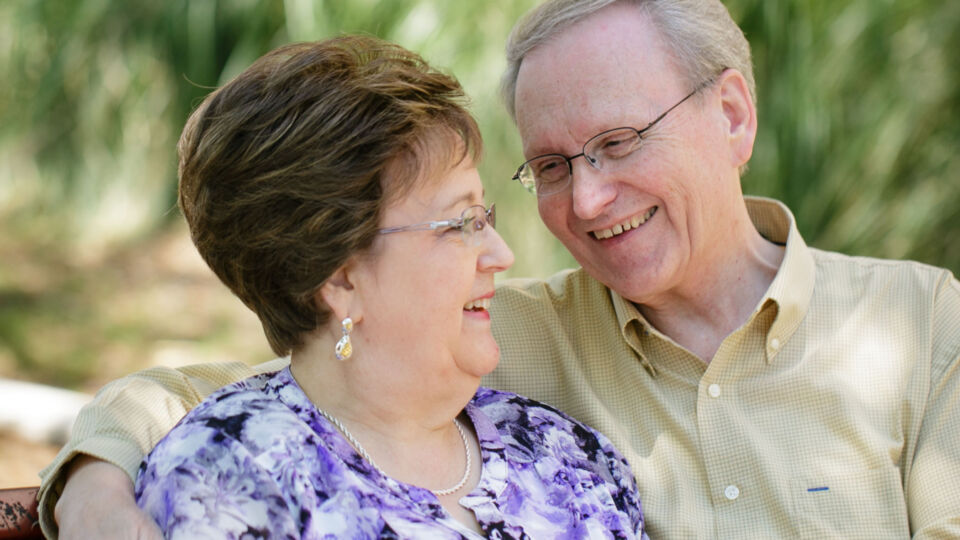 For patients diagnosed with a neuroendocrine tumor, also called carcinoid tumors, your care and treatment plan are paramount. Our experts within the Ochsner Neuroendocrine Tumor Program at Ochsner Medical Center – Kenner are here with you through each step of your cancer journey. Our team offers an experienced, collaborative approach with talented specialists in an environment that combines a specific focus on neuroendocrine patients with the advanced research and patient support capabilities of the Ochsner Cancer Institute. The Ochsner Neuroendocrine Tumor Program is one of the largest NET programs in the country, a leader in the diagnosis and management of all forms of neuroendocrine tumors. Our team’s dedication has led to superior outcomes for patients with NETs in the United States and abroad.

The Ochsner Neuroendocrine Tumor Program includes a team of gastroenterologists, interventional radiologists, medical oncologists, nuclear medicine physicians, hepatobiliary surgeons, surgical oncologists and transplant surgeons who are prepared to manage your care and deliver clinical trials, targeted therapies, focal therapies and complex surgical care. We are a leader in the diagnosis and management of all forms of neuroendocrine tumors.

All treatment, testing and other services are offered on-site at Ochsner Medical Center – Kenner. Patients benefit from weekly tumor boards, a collaborative approach to planning treatments and evaluating decisions. Our multidisciplinary approach means you have an entire network of specialists to lean on. Ours is an environment that fosters innovation and collaboration. We provide our patients with specialized knowledge that can make all the difference in treatment, quality of life and recovery.

A neuroendocrine tumor, or carcinoid tumor, is a rare hormone producing tumor that affects neuroendocrine cells that are present throughout the nervous and endocrine systems. Most of the time it is very slow growing and is often difficult to diagnose.

NETs can originate anywhere in the body. Carcinoid tumors, however, are the most commonly detected and are usually found in the lungs or gastrointestinal tract. Pancreatic neuroendocrine tumors are less common and can present as gastrinomas, insulinomas, glucagonomas, VIPomas, and pancreatic polypeptidomas. Other less common NETs include pheochromocytomas, medullary carcinomas of the thyroid and multiple endocrine neoplasia.

NETs may be classified in many different ways, including by where they are located, what the tumor cells look like under a microscope, and how fast the cells are growing. In addition, NETs are described as “functional” or “non-functional.”

Functional NETs make and release hormones and other substances that cause symptoms. Carcinoid syndrome is a sign of a “functional” NET in which a substance called serotonin is released that can cause diarrhea and facial flushing. Non-functional NETs either do not release substances or do not release enough substances to cause symptoms. About 60% of NETs are non-functional. Because of a lack of symptoms, NETs are usually diagnosed at a more advanced stage.

The Ochsner Neuroendocrine Tumor Program offers advanced treatment options and technology for our patients. Treatment can reduce the number and size of neuroendocrine tumors. It can also reduce the severity of symptoms and syndromes associated with the tumors.

Surgery is the removal of the tumor and some surrounding healthy tissue during an operation. Completely removing the entire tumor is the standard treatment, when possible. Most localized NETs are successfully treated with surgery alone. The surgeon will usually remove some tissue surrounding the tumor, called a margin, to leave no traces of cancer in the body. When completely removing the tumor is not possible, "debulking surgery" is sometimes recommended. Debulking surgery removes as much of the tumor as possible and may provide some relief from symptoms but does not cure neuroendocrine cancer and requires careful monitoring to detect new growth.

Treatments using medication are used to destroy cancer cells. Medications can be given through an intravenous (IV) tube placed into a vein using a needle, in a pill or capsule that is swallowed, or intramuscular (IM) injections. Depending on the type of NET, medications that may be used include:

Somatostatin analogs: Somatostatin is a hormone in the body that controls the release of several other hormones, such as insulin. Somatostatin analogs are drugs that are used to control the symptoms created by the hormone-like substances released by a NET. They may also slow the growth of a NET, although they do not generally shrink the tumors.

Peptide receptor radionuclide therapy: Peptide receptor radionuclide therapy delivers high doses of radiation to tumors in the body to destroy or slow their growth and reduce disease side effects. PRRT is administered through an IV over the course of four infusions lasting about four hours each. Infusions are given approximately eight weeks apart. This form of treatment can increase a patient’s survival rate and improve their quality of life. PRRT is generally well tolerated, but common side effects can include nausea, vomiting and fatigue.

Radiation: Radiation therapy is the use of high-energy X-rays or other particles to destroy tumor cells. A radiation therapy regimen usually consists of a specific number of treatments given over a set time. The most common type of radiation treatment for a NET is called external-beam radiation therapy, which is radiation given from a machine outside the body.

Liver-directed therapies: Neuroendocrine cancer often spreads to the liver. Liver-directed therapies (LDTs) may be used to treat liver metastasis when the tumors are located in an area where surgical removal would be too risky or when a patient is too sick to tolerate the surgery. Hepatic arterial embolization blocks or slows the flow of blood through the hepatic artery in order to deprive the tumor of the oxygen and nutrients it needs to grow. Sometimes chemotherapy drugs are also used, this procedure is referred to as transarterial chemoembolization (TACE). Finally, radiofrequency ablation (RFA) may be used to treat NETs in the liver by using heat to destroy the cancer cells.

You may call the Ochsner Cancer Institute oncology team directly at 504-842-3910 for urgent symptoms and health issues, 24 hours a day. We also offer virtual visits. If you are a new patient, your first virtual appointment is at the discretion of the provider. Learn more about virtual visits, here. You may also schedule online through the MyOchsner patient portal. This allows you to conveniently schedule your next appointment yourself.

With innovative technology and experience in complex, metastatic disease treatment options, the Ochsner Neuroendocrine Tumor Program is changing the way people think about NETs. All treatment, testing and other services are offered on-site. Below are just some of the innovative treatments available.

PRRT is an outpatient targeted radiation that can halt NET growth. For years, patients had to travel abroad for this therapy, but it was FDA approved in January 2018. NOLANETS participated in the clinical trial leading to this approval and has been one of the busiest NET specialty centers offering this therapy.

To treat liver metastases, small beads called microspheres are attached to a radioactive element called yttrium-90 (or 90Y) and then injected into an artery close to the liver. The beads travel until they get stuck in small blood vessels near the tumor where they kill nearby tumor cells.

A combined PET (positron emission tomography) and computed tomography (CT) exam is used for the detection of NETs. This scan replaces the traditional octreoscan. The Copper-64 PET Scan is Food and Drug Administration approved and readily available. To follow and assess disease progression in the liver, we have found that the MRI is much better to evaluate the liver than a CT scan.

Please consider a gift to the Ochsner Neuroendocrine Tumor Program. Current funds include:

Ochsner NET Innovation Fund: This fund was established to help support the purchase of novel equipment, the development of new radiotherapeutics and other new treatment options. Support educational programs that would help raise awareness and educate physicians and the general public about these rare tumors.

Zebra Fund: The Zebra Fund was created to provide temporary assistance for carcinoid patients receiving treatment at OMC-Kenner including the costs of temporary lodging, transportation, meals or other unexpected expenses that may occur while the patient is receiving treatment. Funds also help support construction and operation of Zebra House to lodge patients and family members while the patient is being treated at Ochsner Medical Center - Kenner.

The Ochsner Neuroendocrine Tumor Program has a very aggressive approach to the treatment of NET especially small bowel NETS.

SEER is the Surveillance, Epidemiology, and End Results Program of the National Cancer Institute, who works to provide information on cancer statistics in an effort to reduce the burden of cancer among the U.S. population. 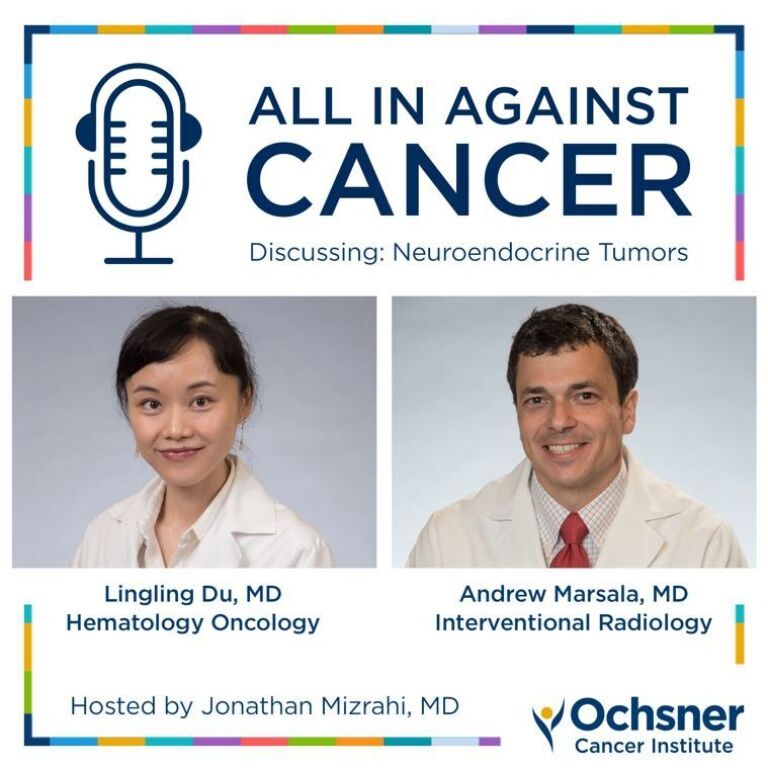 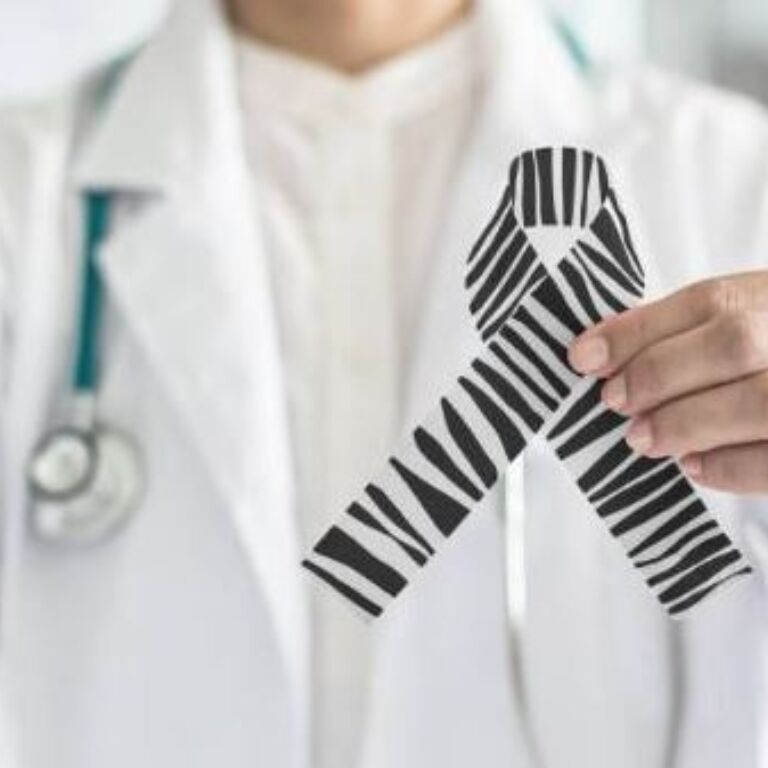 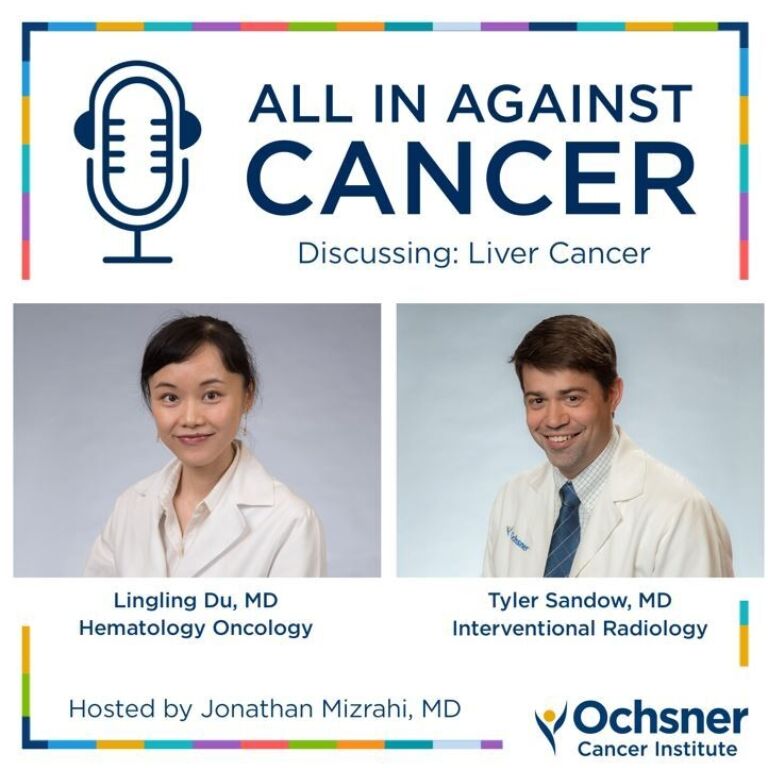 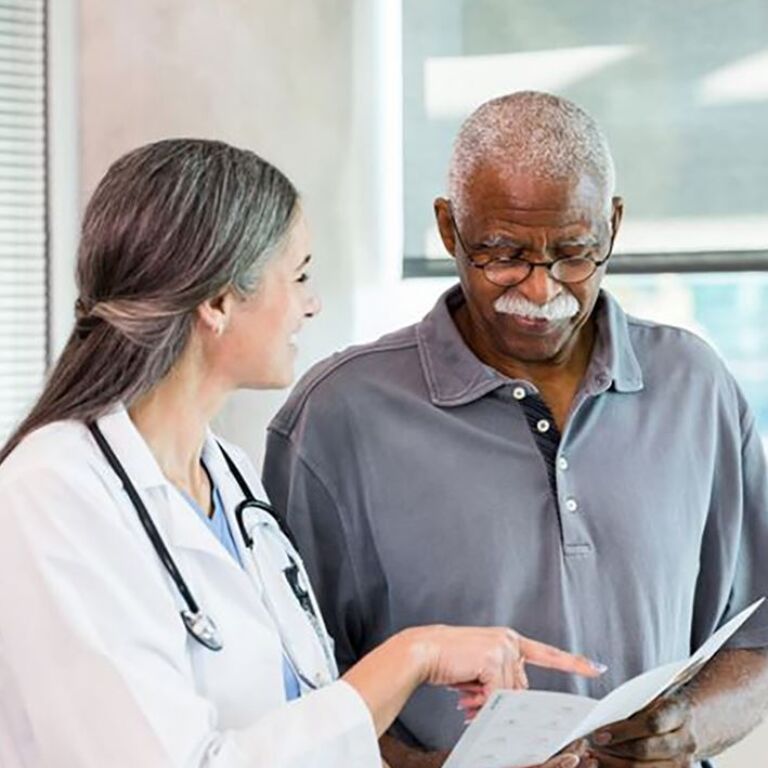 All In Against Cancer Podcast: Discussing Neuroendocrine Tumors

Make a gift to support the Ochsner Neuroendocrine Tumor Program:

All In Against Cancer Podcast: Liver Cancer 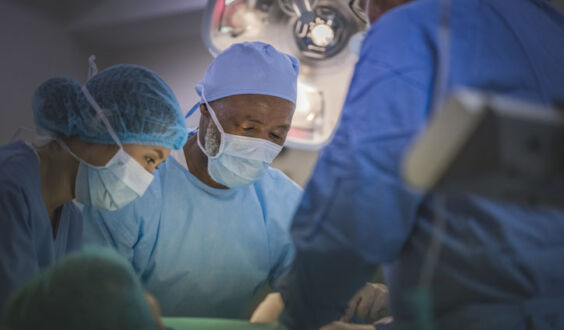 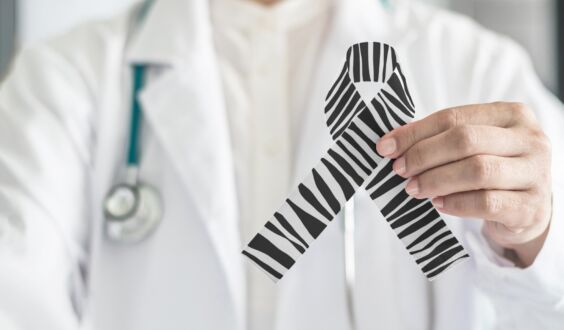 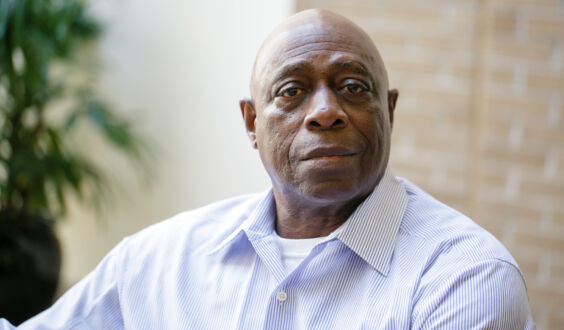 6 Things to Know About Neuroendocrine Tumors 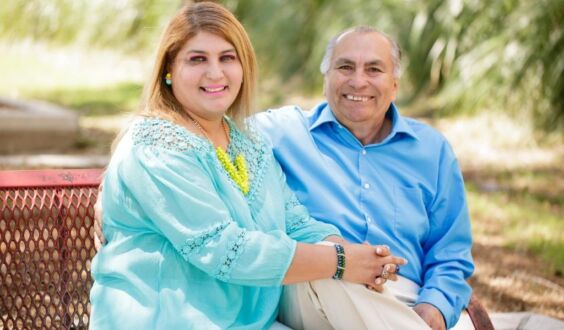 What Is a Neuroendocrine Tumor (NET) and Why Choose Ochsner for Your Care? 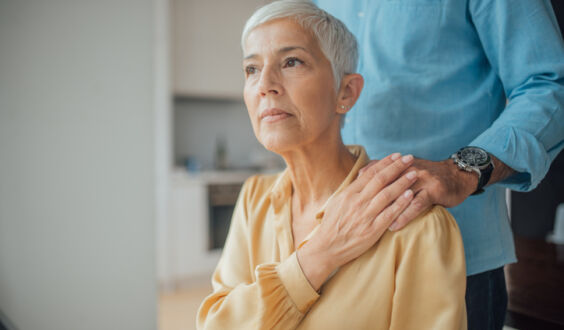 Cancer of the Pancreas: What to Know 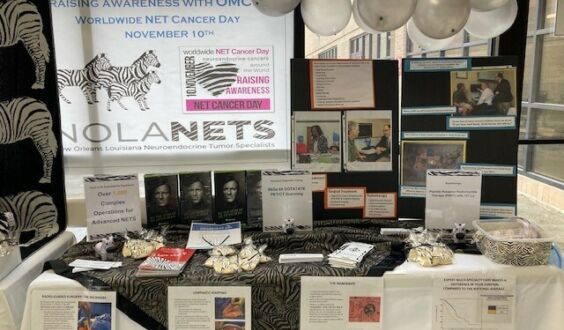 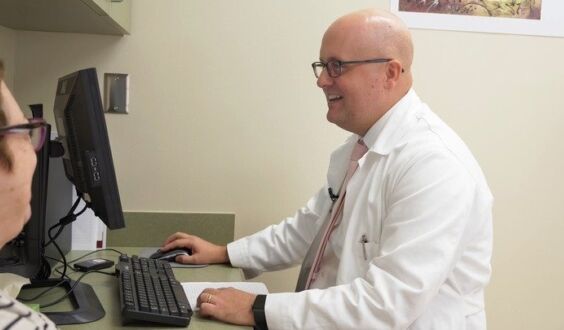 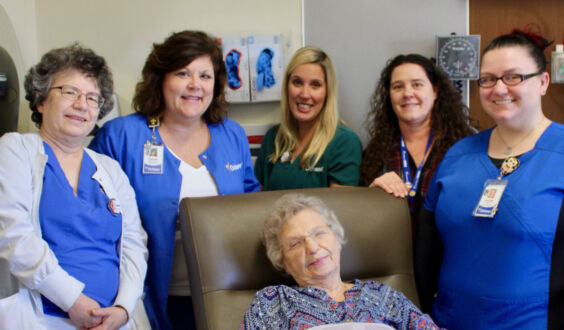 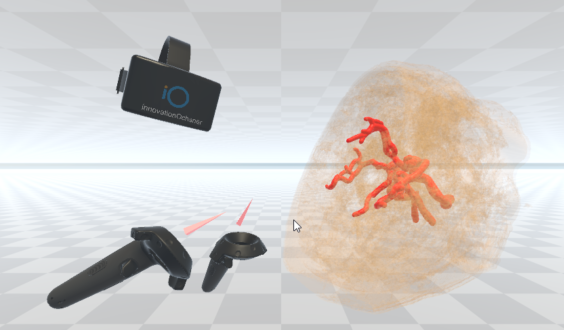 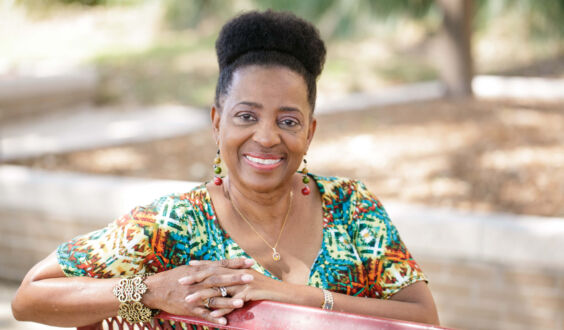 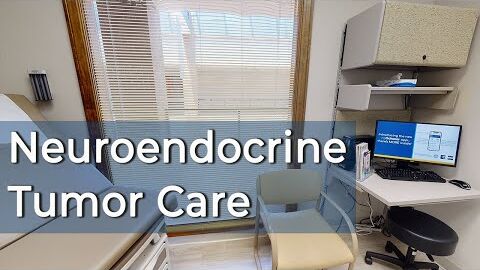 How does the Ochsner Neuroendocrine Tumor Program approach multidisciplinary care? 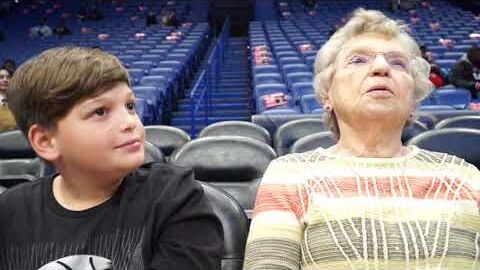 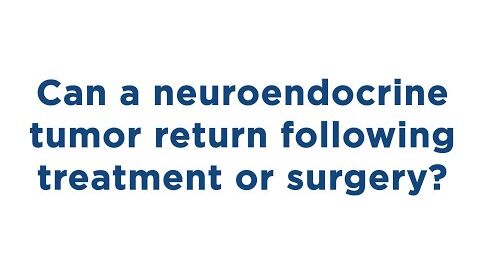 Can a neuroendocrine tumor return following treatment or surgery? 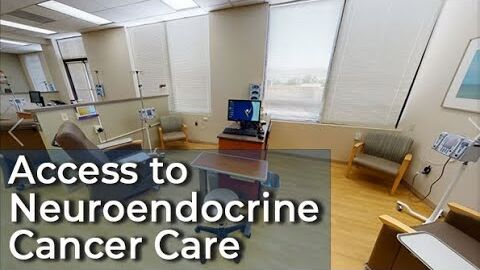 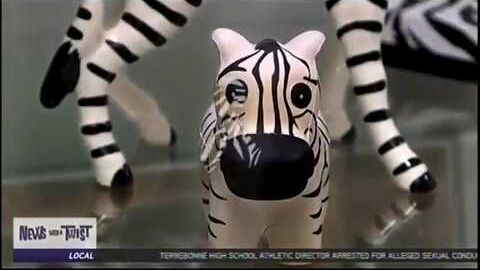